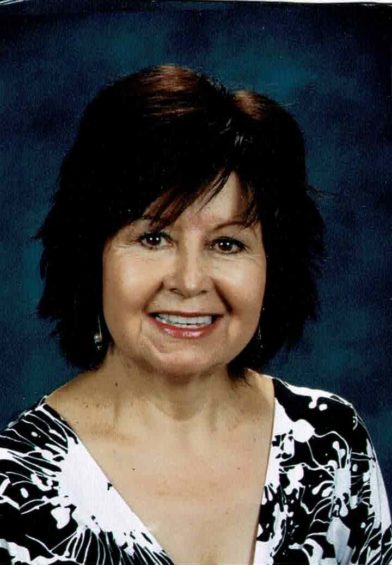 Patricia Vargas-Cooper joined the Guillermo J. Valenzuela Foundation in March 2018.  She says,
“It has proven to be one of the most rewarding experiences I have ever had. Knowing that the
Foundation is bringing people the possibility of a better future gives me enormous satisfaction.”
Ms. Vargas-Cooper particularly cherished attending an event where students shared their
experiences and expressed their gratitude for the opportunity to intern in a healthcare setting
and learn more about healthcare professions.

Patricia Vargas-Cooper was born in Santiago, Chile where she graduated from the State
Technical University in 1972 after completing her studies in English and Education. She briefly
taught high school English before her career was interrupted in 1973 by the Chilean military
coup.

She took exile in the United States in 1974 where she continued to teach English in numerous
private institutions in the Los Angeles area. She also penned several short stories that were
published in U.S.-based Spanish language publications.

She also became an active member of Chile Democratico and MEMCH (Movement of Chilean
Women) participating in myriad activities opposing the military dictatorship of General Augusto
Pinochet. These organizations were mainstays of the Chilean diaspora in the United States.

She continued those activities through the end of the dictatorship and afterward continued
working with MEMCH.  She recently helped organize a MEMCH-sponsored exhibition of Chilean
protest arpilleras (embroideries) that was hosted by the Latin American History Museum in
Long Beach, California.

From 1996 until 2017 she taught Spanish and Spanish Literature at the prestigious Windward
School and New Roads School in Los Angeles and Santa Monica respectively.  After her
retirement she moved with her family to Vancouver, Washington.